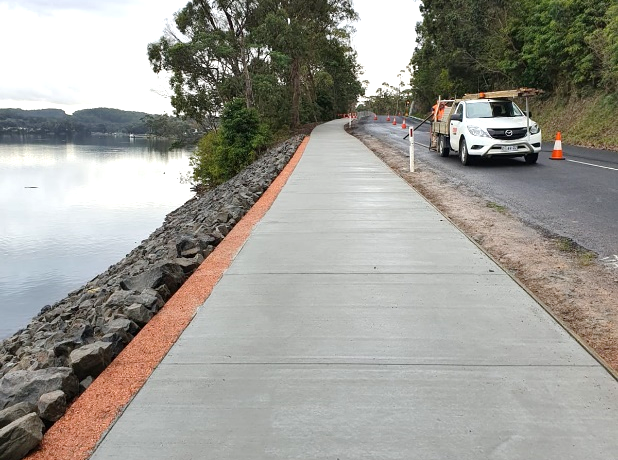 The section of Coastal Pathway linking Ambleside to Latrobe has seen significant progress since February.

A retaining wall has been completed on River Road, close to the intersection with Oakwood Drive, as well as realignment of the road in this area allowing for improved line of sight for vehicles going around the corner.

One kilometre of pathway has been laid to date including the construction of rock embankments to allow for the creation of extra width for new sections of path while providing protection to the existing road.

The Latrobe to Ambleside section is part of the Coastal Pathway project being managed by the Cradle Coast Authority across the Latrobe, Devonport and Central Coast municipalities. The project is jointly funded by the three relevant Councils, and the State and Federal Governments.